Aldo Leopold’s famous suggestion that only a mountain has lived long enough to “listen objectively to the howl of a wolf” reminds us that to understand how ecosystems function, we need to “think like a mountain.”  If you’ve never heard this quote, its time to read A Sand County Almanac!  And if you are a student of agricultural ecology or a related field at the University of Massachusetts, perhaps its time to take a class in Agricultural Systems Thinking.

I’ve not offered this class for the past few years, but I’ve decided to resurrect it next fall (2012) because so many students in the Sustainable Food and Farming major at UMass seem interested in creating a way of farming consistent with ecological principles.  The dominant form of farming in developed countries, industrial agriculture, violates just about every ecological principle we know in an attempt to maximize short-term financial success.

Leopold was hard on industrial farming in his 1949 essay in which he wrote that farmers and ranchers have “…not learned to think like a mountain. Hence we have dustbowls, and rivers washing the future into the sea.”  We also have dead zones in the oceans, anti-biotic resistant bacteria developing from factory farms, nitrates in the groundwater, herbicides in the surface water, floods and drought, and on and on and on…..

The solution is a more sustainable agriculture designed in ways that are consistent with ecological principles.  It is unlikely however that we will be successful in developing such techniques until we learn to think like a mountain and come to appreciate the profound interconnectedness of the components of an ecosystem (either natural or agricultural) over both space and time.

Our educational system trains students to think in a linear, logical, analytical way at best, or simply to memorize disconnected facts at worst.  Graduates are well-prepared to take exams and write papers, but not to think creatively and systemically about climate change, war, poverty, hunger, environmental degradation etc.

These intractable problems won’t budge in response to linear thinking.  Systems thinking tools are needed to begin to understand why these systemic problems are so resistant to our efforts.  Systems thinking is a way of understanding complex real-world situations such as those often encountered in sustainable food and farming careers.

Systems tools are needed to complement more traditional scientific approaches when a problem under study: 1) is complex; 2) involves multiple relationships; and/or 3) involves human decision-making.  Agricultural Systems Thinking (STOCKSCH 379) will introduce students to systems tools for unraveling complexity and integrating their learning from previous courses and experience.

I’d appreciate your own thoughts and feedback in the comments box below.  But for now, lets just remember Leopold’s famous description of the howl of the wolf….. 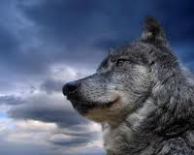 “A deep chesty bawl echoes from rimrock to rimrock, rolls down the mountain, and fades into the far blackness of the night. It is an outburst of wild defiant sorrow, and of contempt for all the adversities of the world. Every living thing (and perhaps many a dead one as well) pays heed to that call.”

And his final thought:

“In wildness is the salvation of the world. Perhaps this is the hidden meaning in the howl of the wolf, long known among mountains, but seldom perceived among men.”

Systems thinking provides us with the tools to learn to… 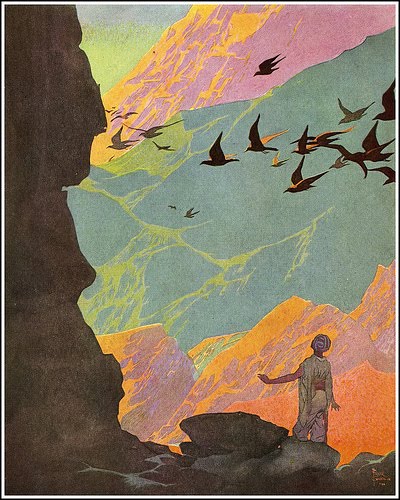